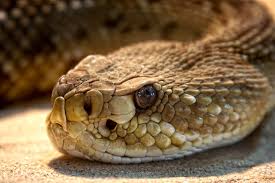 It Started with a Rattlesnake and Ended with a Funeral

It actually started with a phone call back in 2004, as a newer Realtor I was on “floor” that afternoon which meant I was tasked with answering the office phones in hopes of picking up a potential new client (the snake bit comes later).

I took a handful of calls that day, answering the obligatory standard questions, is the home available, does it have room for an RV, can I add a granny unit and so forth. Basically, a very dry and boring couple of hours.

Then, a nice man with an unusual accent called. He was very clear and direct with his needs, explaining that he wanted an agent to help him find a vacation home up to a $1m in Sonoma County. He and his friend would be out next week. BINGO! My day suddenly got less boring and a lot more promising.

I met Rob and Walter the following week at my office. They both seemed very nice but after a brief intro I gave my itinerary to our secretary (to be prudent) and told her if I didn’t come back to give it to the police. Fingers crossed and two strange men in my car, we set out on an all day tour to remote country properties at all four corners of Sonoma County.

We arrived at the second home, tucked high up in the mountains far away from any civilization and as we approached the front door I turned to them and said, “if you want to kill me, this is the place to do it”. They were stunned and then finally realized how vulnerable I was in this situation. We all got a good laugh out of it and clearly, to my relief, they were quite normal and fun to be with.

We ended that first day at the bottom of a very long dark winding private drive and as we approached the house, Walter said, “if we wanted to kill you, this is the place”! And he was right, it would have been the perfect location! Again we roared with laughter.

Rob and Walter and the House at Healdsburg

A month or so later, during their next visit, Rob wanted to view one home again and make an offer. I suggested we also see another home that had just come on the market as I felt it was a better fit.

This home sat on top of Healdsburg and offered amazing 180 views. On a clear day, you could see San Pablo Bay. Of course on this particular day, it was socked in with fogged; you couldn’t even see your hand in front of you. As we toured the home I could see how much Rob really loved the place, until…

Just as we finished our tour with the garden room downstairs,  I opened the door we were eye to with a giant rattlesnake! Okay, in reality it was a baby rattler and he was quite mad on the ground but it was still ridiculously shocking and horrifying for Rob and Walter. As a former pet shop owner, I was skilled at catching all kinds of loose critters (my favorite was the squirrel!). So I told my nervous buyers to hang tight and at 5 months pregnant, I took charge.

Buying the House and Catching the Rattlesnake

I found the necessary tools, a thick cardboard piece and a plastic tub. I placed the tub over the obviously angry little beast and slid the cardboard ever so gently under the tub, catching the rattler in the tub where I could then transport him back outside. Mission accomplished, snake saved, client’s feet back on the ground and oh yeah, Rob bought the “view home” that day without seeing the view until well after it closed. That Rattler was a good luck charm.

At the time of purchase, Rob was VP of Marketing for a company that sold a newly approved cervical cancer test for women. He was single and owned homes in both London and France. Walter was and still is a well renown oncology gynecologist in Sacramento where he lived with Kathy, his long term partner. The men had been close friends for decades.

Once Rob closed on the home we continued to stay in touch, meeting at his new home to see the deluge of changes he made year after year. We would all visit for hours over fine wine and great conversation. We discussed Rob’s girlfriend of the month, world events, real estate and so forth.

About two years after the sale, I had to call Walter. My brother-in-law had cancer at the age of 26 and we needed some help deciphering what the specialist’s jargon. Walter jumped in, reviewed his file, spoke with his doctors and informed us of Steven’s dire prognosis. Nine months later, we lost him.

After Steven was diagnosed and before passed, I had to call Walter again. My 12 year old son had cancer too. Walter jumped right back in and helped us sort out his diagnosis and prognosis. Five months later, Rob flew in from London and Walter traveled down from Sacramento to attend my 12-year-old son’s funeral. We had lost him.

Rob, Walter and I do this day still keep in touch although not as often as I would like. Life changes keep us all busy but when we finally do we never miss a beat and manage to chat the night away, sipping fine wines and enjoying swapping tales of three very different lives. I will always be grateful for their friendship.

It started with a random phone call nearly 13 years ago, included a rattlesnake and unfortunately involved two very painful funerals. But they were once my clients and now they are my friends, and for that I am forever grateful.